ABOUT THE WESTERN CATTLE TRAIL

The 1800’s Texans were looking for a way to make a living. There were no markets for the abundant cattle abandoned during the Civil War. The demand of the cattle in the North was high and the North had already established railways to accommodate the cattle, thus the Great Western Cattle Trail was developed on the simple theory of supply and demand.

In 1874 Captain John T. Lytle and several cowboys left South Texas with 3,500 head of longhorn cattle and a remuda of saddle horses. Five years later, the route Lytle cut out of the prairie to Ft. Robinson, Nebraska, had become the most significant cattle trail in history – the Great Western Cattle Trail.

Though less well known than the Chisholm Trail, the Great Western Cattle Trail was longer in length and carried cattle for two years longer than the Chisholm. The Great Western saw over seven million cattle and horses pass through Texas and Oklahoma to the railheads in Kansas and Nebraska, therefore, developing the cattle industry as far north as Wyoming and Montana.

A typical head would move 10 -12 miles a day and included the trail boss, a wrangler, and a cook. The drive from South Texas to Kansas took about two months at a cost of $1000 in wages and provisions. At the end of the trail, cattle sold for $20.00 to $35.00 per head.Below are sources for information about the price that cattle sold for at the markets on the Great Western Cattle Trail:

A LOOK INTO THE WCTA

Since 1967, Gary and Margaret Kraisinger have had one mission in their research: to tell readers exactly where the Western Cattle Trail was located and its role in the history of the American West.  Through maps and in-depth research they have documented the location of the largest cattle trail system to come out of Texas to deliver longhorns to the north from 1874 to 1897. Read More On Their Website

Nebraska is known all over the world for their beef. It is estimated that five million head of cattle and a million horses were moved from Texas to the Great Plains in the late 18th Century to begin Nebraska cattle herds.  Various trails were used to bring the cattle to Nebraska.

Until recently, the most important trail was called, The Great Western Cattle Trail, and local historians have been working to mark that trail so future generations can follow the path taken by the livestock and hear the colorful history.

Recent developments have caused the name of the trail to be shortened to, The Western Cattle Trail.

The first reason is “Great” was never included in the description as the trail was being used. It was added later by an historian reporting on the trail.

The second reason is the trail has been nominated for distinction as a National Historic Trail and that designation drops the “Great”.  Keeping the name consistent will prevent confusion.

The first annual Roundup (convention) will be held in McCook on Oct. 18-21.  Headquarters will be the Horse Creek Inn.

Roundup events include the showing of the John Wayne movie, The Cowboys; stories from the trail, a chuckwagon meal (cooked beside a genuine chuckwagon); and a tour of historical sights including visible remains of where the cattle crossed locally.

Most events will be open to the public but preregistration will be required for some events. More information and registration forms will be available soon. 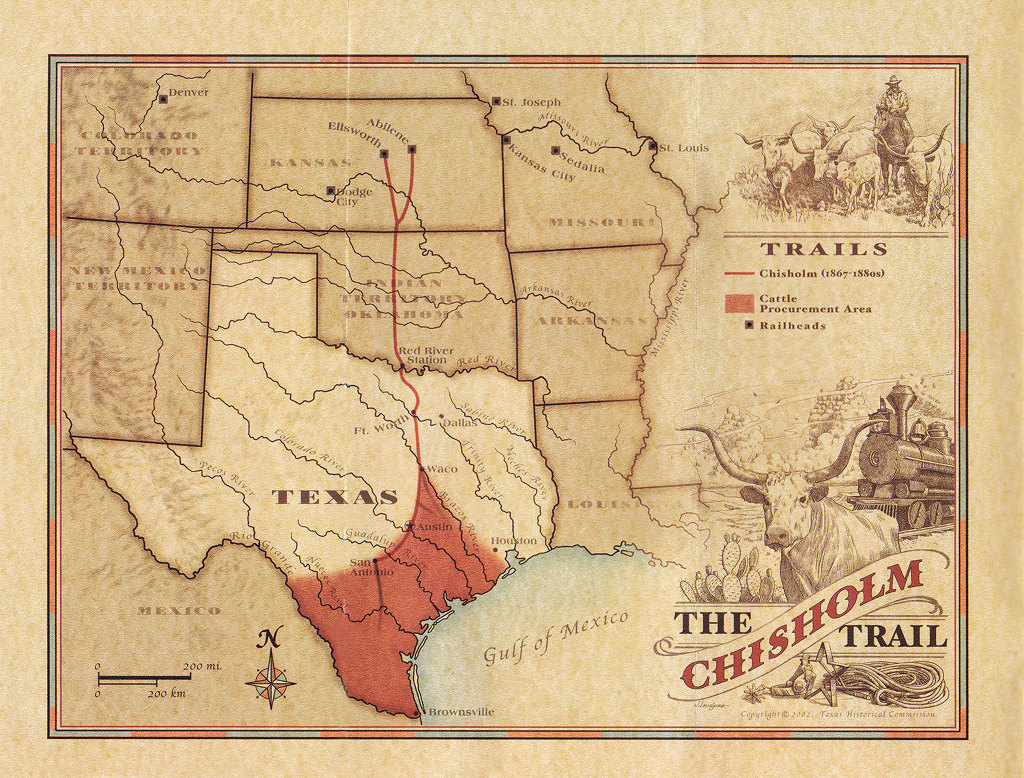